Dr Vladimir Maletic, MD, Clinical Professor of Psychiatry and Behavioral Sciences at the University of South Carolina in Greenville, South Carolina, continues his discussion of the neurobiology of major depressive disorder as it applies to cardinal symptoms of MDD, anhedonia and emotional blunting. 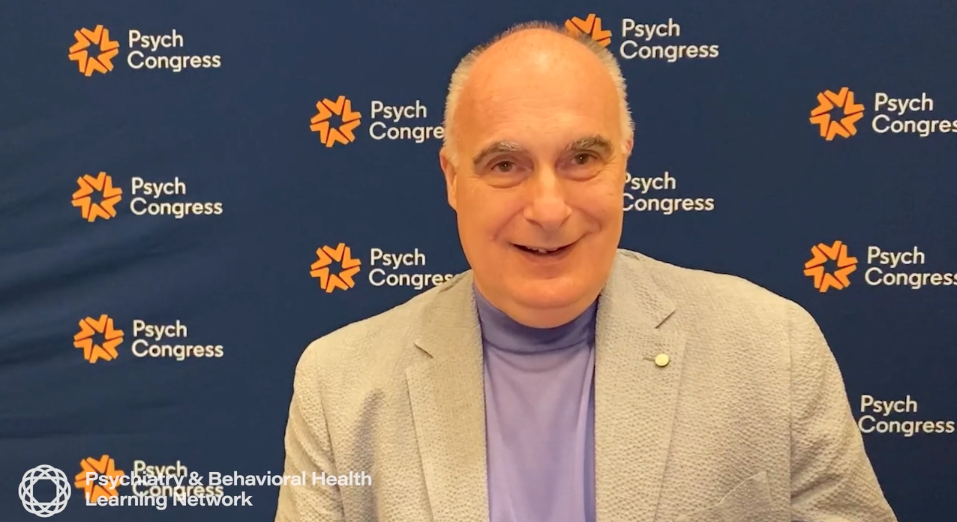 A question that comes up quite often in treatment of major depressive disorder is: What can we do about anhedonia and emotional blunting, and how are these two different? Well, let's first start with definition. Anhedonia is associated with a decreased ability to experience pleasure, usually less joy, less motivation, less interest. It's one of the cardinal symptoms of major depressive disorder. Why is it clinically so important to us? Because anhedonia is associated with significant functional impairment. Improvement in anhedonia is a greater predictor of remission in major depressive disorder and functional improvement than severity of depression. So if you look at how anhedonia improves, it will tell you much more about how your patient is going to be functioning next week, or in the next few weeks, than severity of depression - so very, very important.

Another part that is very concerning, but also very clinically relevant, is, anhedonia is a very significant predictor of suicidal ideation. How significant? Well, effect size is approaching 0.6. So this is a very robust effect, and if we think about it in existential terms, if one is waking up day after day, not having anything to look forward to and unable to enjoy life, then it's logical that a question will come up: Well, why keep on going? Right? So it is important from the perspective of patient safety but also functionality and response to antidepressant treatment.

I mentioned reduction in positive experience in individuals who have  anhedonia. How about negative experience? Well, and when it comes to negative experience, it can be there. As a matter of fact, response to negative stimuli can be actually, and most often is, increased. So anhedonia is paired off with pretty intense negative affects such as dysphoria, depression, anxiety, irritability - these go hand-in-hand. Is that different from emotional blunting? Absolutely so. Because in emotional blunting, positive emotion is reduced, it is dialed down. But also, negative emotion is reduced. Is there a difference in origin? Is there a difference in treatment approach? We believe so, because emotional blunting has typically been attributed to a certain type of antidepressant usage. But before we go there, let us look at anhedonia, what is the neurobiological underpinning, and how that understanding may guide our treatment.

And we can find that out by using a paradigm that looks at effort in order to achieve a reward. So a patient is in a scanner and they have two choices. One is to engage in a task that requires relatively little effort but will be rewarded by gaining $1 versus a task that requires higher effort but on the other hand would be rewarded by $2 and 26 cents. Patients who have major depressive disorder and anhedonia not surprisingly will choose less reward and less effort. Can that be changed in some way pharmacologically? So, if the same individuals receive amphetamines, which we know increase norepinephrine and dopamine signaling, they will be making many more high-effort choices.

So it seems that that reward circuitry - reward-based learning - is very much influenced by catecholamines, principally by dopamine. In other imaging studies, we have seen that anhedonia correlates with the decreased activity in ventral striatum and its association with ventral tegmental area, which as we know is the origin of dopamine fibers. Also, in individuals who have major depressive disorder successfully treated with variety of different antidepressants, now in euthymic state. And they receive something that is called alpha-methyl-para-tyrosine. And this is a chemical that depletes all the stores of catecholamines, so it decreases norepinephrine and dopamine. What is going to happen? Two things will happen: within a matter of hours, previously euthymic patients will become depressed again and the other is that scales that measure a pleasure capacity will show that there is significant anhedonia that will develop within matter of hours.

In other words, catecholamine signaling, originating from ventral tegmental area, projecting to nucleus accumbens in ventral striatum, seems to be associated with maintenance of hedonic tone. How might that translate into treatment? Well, let us talk about few different agents. So, agents that increase norepinephrine and dopamine should help with anhedonia. Bupropion is such an antidepressant, its use is associated with improvement in depression, but also improvement in hedonic tone measured by variety of different scales. Let us see if similar principle, but increasing dopamine through a different mechanism, might also work. So there is an antidepressant, which is unfortunately not available in the United States, it's called Agomelatine. Agomelatine is melatonin 1 and melatonin 2 receptor agonist, and it is serotonin 2C antagonist. In the brain stem, serotonin 2C receptors are on GABA interneurons, which project to ventral tegmental area dopamine neuron. Therefore, serotonin, by stimulating serotonin 2C receptor, will increase GABA output, which will inhibit dopamine release.

So the more glutamatergic signaling from prefrontal cortex to brain stem, the more norepinephrine, the more dopamine, the more histamine, the more serotonin. The outcome is that indeed there is improvement in hedonic tone. Now, all these medicines are very complex and have multiple actions. So it would be reductionistic to say that it's just this receptor activity that contributes to improvement in ability to enjoy life. But there is convergence of evidence, and that is important to keep in mind.

There is another approach to increasing dopamine signaling. It is very different. It actually has to do with decreasing pulse signaling originating from something that is called lateral habenula. So lateral habenula is in epithalamus. Many neuroscientists jokingly refer to it as “misery generator.” And indeed, it increased pulse signaling from lateral habenula decreases monoamine signaling from their brain stem nuclei. It is interesting that activation of that GABA interneuron from rostromedial tegmentum, this is where these GABA interneurons, is achieved by stimulating these GABA interneurons via NMDA glutamate receptors. So the big question is: If that is so, we now have antidepressants that are NMDA antagonists, such as ketamine and esketamine, will they bring up improvement in hedonic tone rapidly? Because if we block these NMDA receptors, burst firing of lateral habenula will not be a factor, it will not be able to squash this positive affect. Indeed, very successful, and what's more - rapidly successful strategy. Because there are now studies both in bipolar and in unipolar depression suggesting that racemic ketamine and esketamine usage can be associated with significant improvement in hedonic tone within hours.

So to sum it all up, now that we understand neurobiology of reward signaling, which brain areas are involved, there is a clear direction that increasing catecholamine signaling, be it in more direct fashion, but modulating D2 D3 receptors, reuptake inhibition of dopamine and norepinephrine, but also indirectly by blocking serotonin 2C and serotonin 3 receptors and downstream increasing dopamine signaling, as well as inhibiting pulse signaling from lateral habenula via NMDA receptor inhibition, can all result in improvement in hedonic tone.