Provider insights on the perceptions of self and the impact it has on interpersonal relationships. 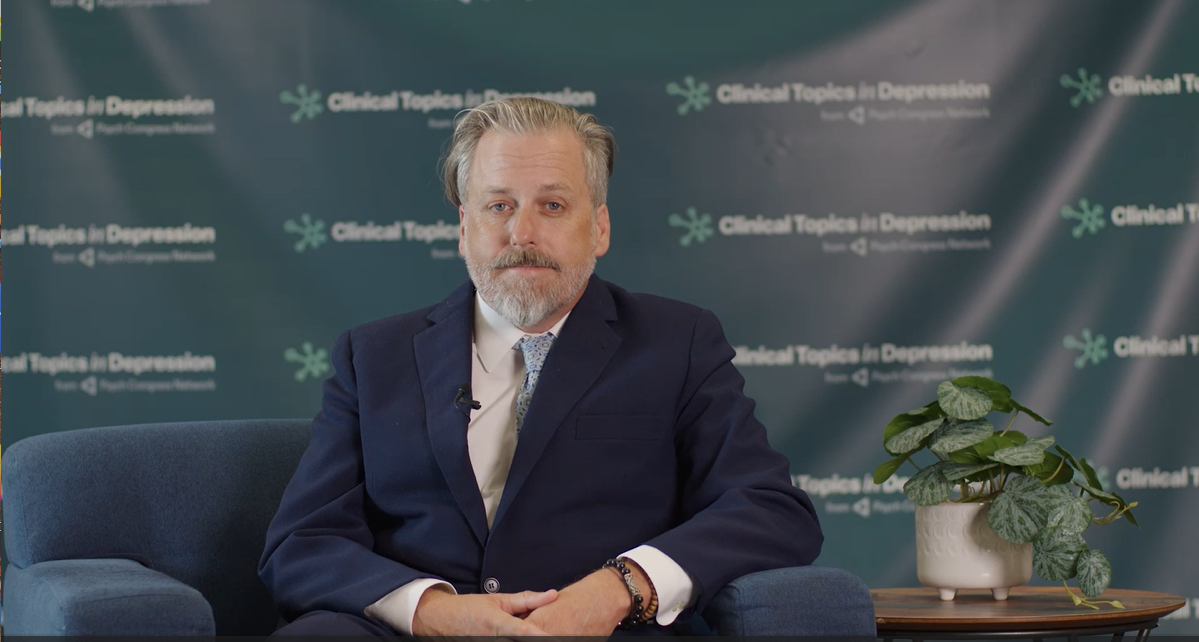 Hi, I'm Andrew Penn. I'm a psychiatric nurse practitioner and an Associate Clinical Professor at the University of California-San Francisco in the school of nursing. I treat a lot of patients with depression, as you probably do too and as we know, depression has become one of the most common mental health conditions worldwide. Depression, unfortunately, still carries significant stigma despite the number of people in our population who are struggling with this problem. Many people don't talk about it, and the reasons for this stigma are many. Every day, our patients open up their medicine cabinet and see a bottle of pills there, they're reminded of this stigma. And sometimes the stigma is just internalized. It’s the things that people feel about themselves when they struggle with depression, but it can also be external too. Every time a patient goes to the pharmacy to fulfill a prescription for an antidepressant and is told that it’s not covered by their insurance, or it's covered at a high copay, they're reminded that their condition isn't as important as somebody who has a different physical health condition, and that's wrong.

Additionally, for people like myself who have a professional license, and my physician and other nurse colleagues, even talking about our own mental health struggles to our licensure board can launch an investigation. It can be the cause for somebody's license being suspended. Clearly these reasons contribute to the stigma that people feel when they're struggling with depression, and depression is hard enough as it is. What I hope to accomplish here today is to really begin this conversation about stigma, and how do we reduce these barriers to people getting care? How do we make it okay to have depression? And to seek treatment for depression, regardless of what you do for work? If you're a healthcare professional like myself or not, that really reducing stigma is in everybody's interest.

So there's an interesting paradox that happens with depression. We know that people that begin to respond to antidepressant treatments earlier, say within a couple of weeks, that often predicts a better response to the antidepressant in general. However, the problem is that many antidepressants can take four to six weeks to begin to work. So we find ourselves in those uncertain waters of say about three weeks into treatment, where the person maybe has begun to show a very small response, but we're really not sure if it's going to completely do the job until we've had six weeks, or so, to declare a complete trial.

So really, what we could use are treatments that work faster, that we begin to see a response more quickly. And the other area of great interest in psychiatry right now is looking at treatments that go beyond the monoamines; so the monoamines serotonin, norepinephrine, dopamine, which have been the primary targets for antidepressant treatment for several decades now. There's more than that in the brain. There are systems such as glutamate, GABA. These are potentially more rapid acting treatment targets which we're beginning to look at with newer drugs on the market. This, coupled with perhaps more specific diagnostics at a later point in the future, coupled with rapid acting treatments, really make the future of depression treatment exciting; and I personally am looking forward to the developments in the next few years as we begin to improve the care that we're giving to our patients.

So there's been some interesting things that have happened in the last few years when it comes to mental health awareness and depression specifically. One of course is COVID, because for a while there, we were all stuck at home feeling pretty scared. And out of that came a lot of conversation about how this was impacting us emotionally. And people began to have more open conversations about how the pandemic was affecting their mood, affecting their anxiety.

The other thing that I'm starting to see that’s changing, is a generational shift. So I'm Generation X, and we talked about mental health a little bit. But not in the same way that I'm seeing some of my younger patients, who are millennials and Gen Z, are much more open about their mental health struggles, and they're seeking community through social media. And some older folks may not especially understand why that might be of value; but these sort of asynchronous platforms where people can post things and comment, while they certainly have some of their own potential challenges with regards to overuse of devices, they do provide this kind of community and mutual aid. Mutual support that I'm seeing in a lot of my younger patients, who are less apprehensive about talking about their own mental health struggles. And while every generation sort of forges ahead and there may be some missteps along the way, I'm actually really encouraged by this. That this no longer needs to be a hidden pandemic, but can be something that we talk more openly about amongst ourselves.