Welcome to Part 2 of Dr Vladimir Maletic’s discussion of the neurobiology of major depressive disorder (MDD). Having reviewed the importance of leptin signaling, inflammation, and adiponectin signaling in MDD, Dr Mlaletic will now discuss their relationship with other symptoms. 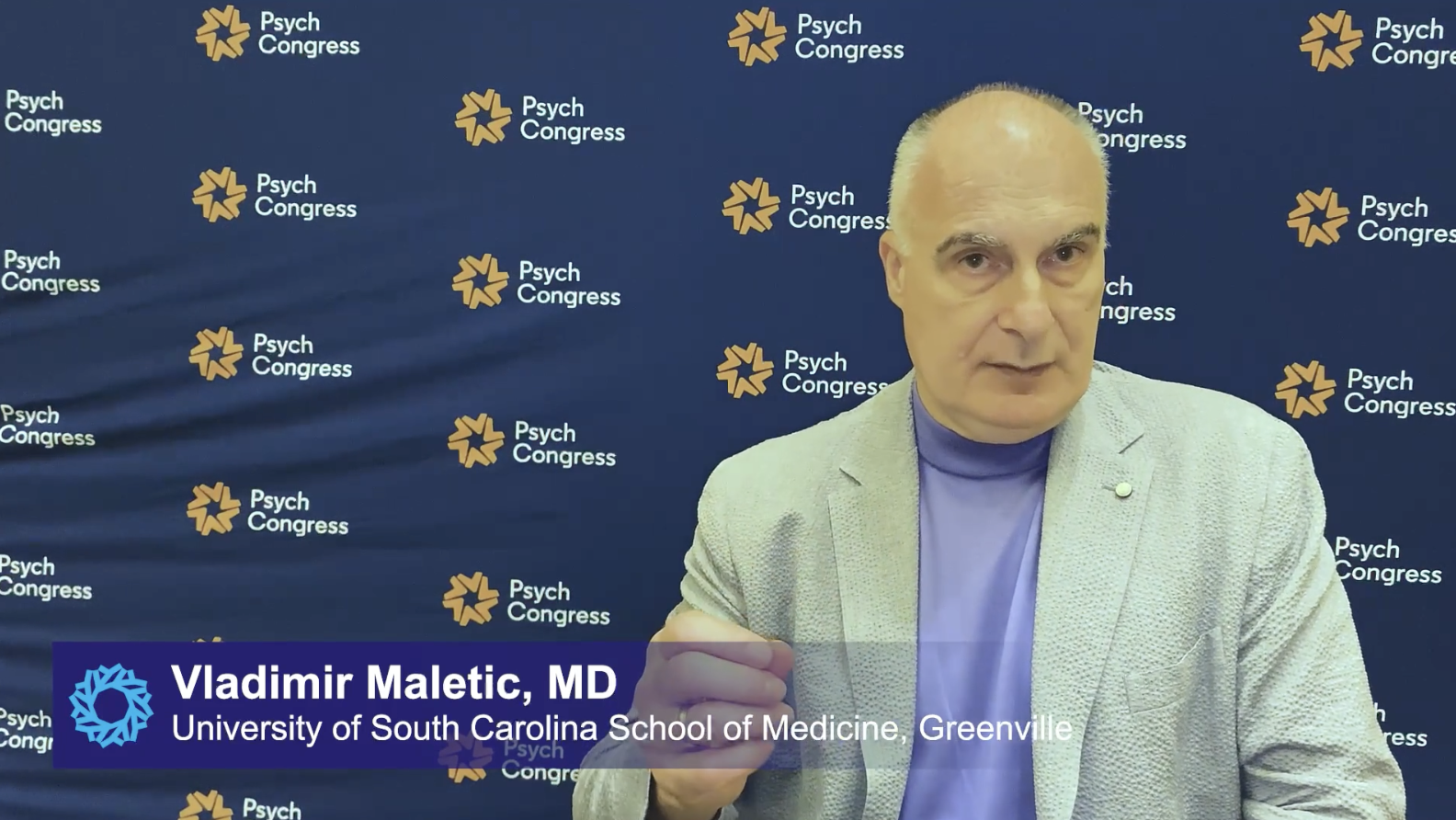 If there is disrupted leptin signaling, increased inflammation, adiponectin signaling and one has insulin receptor sensitivity, insulin receptor sensitivity has been associated with both fatigue and cognitive decline. Unfortunately, these are frequent manifestations of this type of depression. One will report difficulty with focus and concentration, one will report feeling fatigued. Now the question is, now that we know all this, what in the world can we do about it?

Well, there's a couple of very interesting findings that come from so-called CoMED studies, and here's what they found. If individuals have higher BMI, so BMI above 35 compared to individuals who have lower BMI, so BMI below 25, there may be a differential response to SSRIs and bupropion. The low-weight category will have very robust response to an SSRI. Paradoxically, if we add bupropion, we will actually have lower response and remission rates. On the other hand, if they have BMI above 35, SSRIs don't seem to work very well, as a matter of fact, they hardly differentiate from placebo, but the addition of bupropion would be very helpful.

The same pattern is noted if we look at indicators of inflammation, such as CRP or C reactive protein. If reactive protein is below one, we have exactly the same pattern as BMI below 25. Very robust response and remission rates with SSRI treatment. On the other hand, if we add bupropion, we'll subtract from response and remission. Strategy with patients who have higher CRP are analogous with the strategies we utilize with higher BMI. So if CRP is above one, SSRI is not going to work very well. But the addition of bupropion will provide our patient with much greater chances of achieving response and remission. Now, in other words, this is something that is quite important and can be translated. Having said this, we have to be aware that what I'm saying is not an absolute, we're just dealing with probabilities. But frankly, probabilities matter. And if we have to make a choice, let's make a choice that will have the greatest likelihood of success for our patients.

Finally, and very interesting study that is only several months old. This is a large sample that included over 338,000 patients. In this large, large sample, they did genotyping and identified and quantified risk for major depressive disorder. Risk was expressed numerically as something that's called polygenic risk factors. If we look at all these genes that carry a minute risk for depression, and we add them up, we will have a summary of the genetic risk. There are some individuals who have a relatively low generic risk for MDD, they would be in the lowest quintile. And then there are individuals who are in the highest quintile, top 20%, highest number of polygenic risk score, highest number of risk genes.

So the question is if somebody has such high genetic risk, can anything be done to diminish the risk of developing major depressive disorder?

And it is a very simple strategy. It is so simple that one cannot imagine interventions that would be easier to conduct. But frankly, simplicity is very often deceptive. So what are some of these strategies?

Well, limit alcohol intake. The second piece of advice, cut down on tobacco, and eliminate tobacco usage. That's pretty reasonable and usual health advice. Three, change dietary practice. In what sense? Well make 2 or more changes in terms of increasing raw vegetable, fruit intake, cut down on red meats, cut down on processed food, go to whole grains. So 2 or more of these changes in diet. Three, work on decreasing BMI to below 30. Four, exercise. What amount of time should be spent exercise? This is not very exacting. It is 150 minutes a week.

So 2.5 hours a week of moderate exercise or 75 minutes, hour and 15 minutes of intense exercise a week. That is all. How much difference did it create? So if we compared individuals who have the highest possible risk, and they have four or five of these interventions in place, their risk of getting depressed over the observation period was increased roughly by 20%. If they did none of these things or only one of them, their risk was increased 220%. In other words, adhering to these very simple lifestyle recommendations in high-risk population decreases the risk of developing depression tenfold. Please tell me of another
intervention in medicine that will decrease the risk of developing a medical condition tenfold. So again, although it is deceptively simple, it is very meaningful in terms of the outcome.

Stay tuned for Part 3 to hear Dr Maletic’s perspective on anhedonia, a primary source of functional impairment in patients with MDD and a key indicator of how patients are responding to treatment.