Consequences for Patients With Delayed Remission

Consequences for Patients With Delayed Remission

Recovery rates for mental illnesses can be much higher when early diagnosis and proper medical treatment are provided. 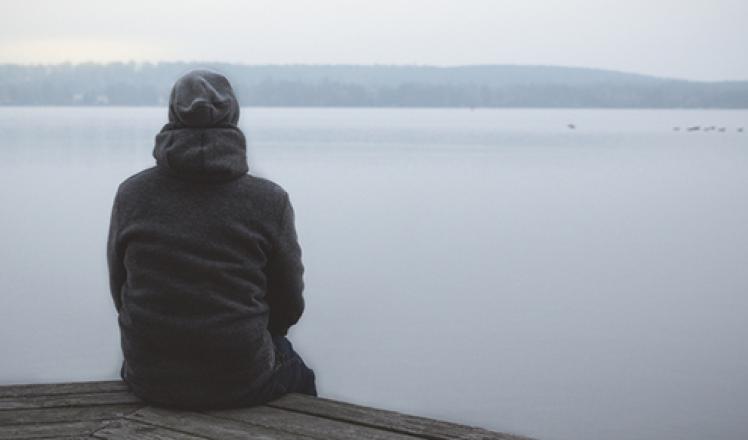 An emerging body of evidence suggests that the traditional trial-and-error approach to treating major depressive disorder (MDD) delays remission, with long-term consequences that include residual symptoms,1 declining functional,2 and cognitive status,3 increased risk of relapse,2 and diminished response to successive lines of treatment.4 As with schizophrenia, it is becoming increasingly apparent that prolonged symptoms and relapses in MDD promote cortical changes that diminish functional status over time and reduce a patient’s response to antidepressants over the long term.5,6

The guideline-endorsed “start low and go slow” approach to antidepressant prescribing calls for a trial of an antidepressant for up to 8 weeks .7 Research suggests that patients who have MDD and respond early to antidepressant medication are more likely to also respond to subsequent treatments and that no improvement within 2 weeks points to little chance of stable response or stable remission.8 If response is inadequate, a dose increase, a medication change, or augmentation strategy may be considered.7,9 This approach is only viable if successive drug trials do not result in patients becoming progressively less responsive to antidepressants over time. That clearly is not the case; in the STAR*D study, a total of 3,671 patients with MDD received 1 to 4 antidepressant trials. Remission rates were low with the first trial (36.8%) and progressively declined with the second (30.6%), third (13.7%), and fourth (13.0%) trials.4

The low initial response rate in STAR*D was not surprising. It has long been known that remission rates in clinical trials of antidepressants are low. The 2008 American College of Physicians guidelines note that in clinical trials, response rates to antidepressant therapy can be as low as 50% .7 These guidelines also acknowledge that there are few data to guide selection of one antidepressant over another in practice.7 The 2010 American Psychiatric Association guidelines state that the effectiveness of antidepressants is generally comparable between and within drug classes9 and that drug selection should therefore be based on side effects, pharmacological considerations (eg, half-life, drug-drug interaction potential), and factors such as history of prior response, cost, and patient preference.9

On the surface it might appear that these guidelines lacked a sense of urgency with respect to establishing an effective drug regimen, but a decade ago, trial-and-error prescribing was necessary in the absence of prognostic factors to guide drug selection.

Delayed Remission and Its Root Causes

Real world studies have shown that MDD remission rates in clinical practice are even lower than the rates in clinical trials; they have also provided important signals about factors associated with poor response. In a 2011 study of 1,595 patients with MDD, only 140 patients (8.8%) met remission criteria by a first assessment after 6 to 8 weeks of antidepressant treatment, and 862 (59%) met remission criteria at a second assessment (weeks 16-20).1 Early remitters had fewer and less severe residual symptoms. Comorbid anxiety was found to be associated with late remission.

The subsequent 2-year Prospective Epidemiological Research on Functioning Outcomes Related to Major Depressive Disorder (PERFORM) study sought to identify factors associated with failure to achieve remission at 2 months.10 Of the 1,159 patients enrolled, 78.7% were initiating antidepressant therapy for the first time, and the remainder were switching treatment.10 After 2 months, 330 of 1,112 evaluable patients (29.7%) were in remission.10 Factors associated with failure to remit included BMI ≥30 kg/m2, time since the beginning of the depressive episode >8 weeks (vs <4 weeks), sexual dysfunction, and being in psychotherapy.10 Residual depressive and cognitive symptoms at 2 months were associated with the risk of relapse at 6 months.10

Collectively, these results highlight the vicious cycle promoted by delayed remission in patients with MDD. Prolonged symptoms prior to remission were associated with residual depressive and cognitive symptoms, and those residual symptoms in turn increased the risk of relapse, which would be expected to diminish response to subsequent lines of treatment.

Shortening the Time to Remission: Lessons from the CO-MED Trial

The Combining Medications to Enhance Depression Outcomes (CO-MED) study was a 7-month prospective randomized trial N=665) comparing selective serotonin reuptake inhibitor (SSRI) monotherapy with 2 combination regimens: bupropion plus the SSRI citalopram and the serotonin-norepinephrine reuptake inhibitor (SNRI) venlafaxine plus the tetracyclic antidepressant mirtazapine.11 In the entire population, the remission rates at 12 weeks were similar in the SSRI monotherapy (38.8%), bupropion-SSRI (38.9%), and SNRI-mirtazapine (37.7%) groups.11

Additional CO-MED subanalyses suggested that patients with a BMI ≥3514 or with sub-threshold hypomanic symptoms15 were likely to do better on a combination regimen than on SSRI monotherapy. In guidelines for the treatment of MDD, such combination regimens would typically be reserved for when trials of individual antidepressants fail.7,9 However, with an evolving understanding of the neurobiology of MDD, newly identified prognostic factors may eventually guide more aggressive early treatment, shorten the time needed to achieve remission, and thereby improve the long-term outlook for this challenging and common mental health disorder.